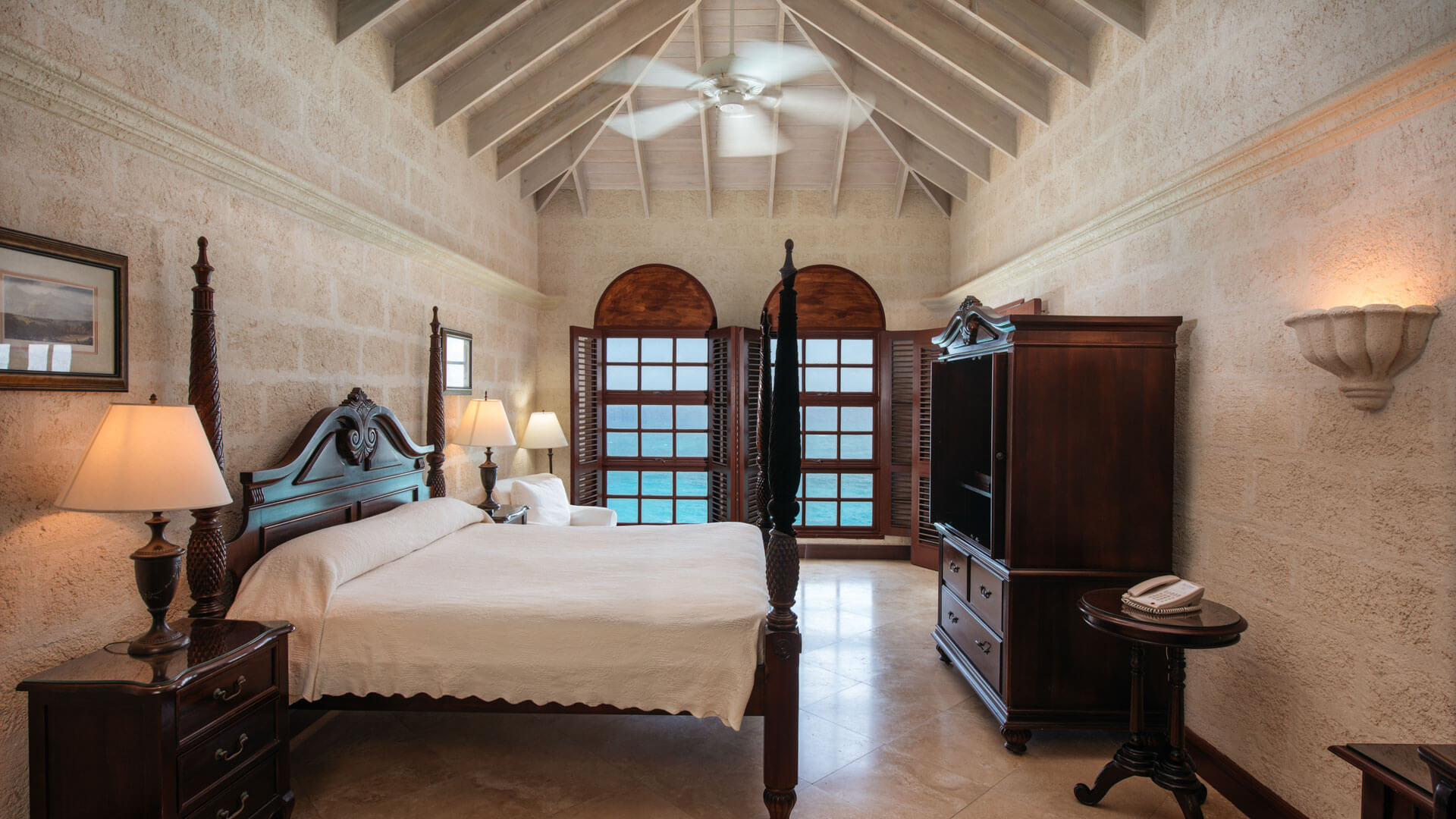 Rooms with a View

Not that owning a piece of the rocky isle was part of their master plan. The Mixes, who live near Wilmington, Delaware, have been Caribbean regulars for years, traveling to Antigua, Puerto Rico, Martinique, St. Vincent and the Grenadines and St. Lucia. They eventually made it to Barbados, Marcia says, “because it was exotic, it was warm and we could get there.”

Once they went, they made a point of going back. And back. And back again. But the idea of buying a Barbadian getaway didn’t take root until their fourth or fifth visit in T K TK, when they saw an ad for the fractional ownership program at the Crane Residence Club. “We had been to the Crane, and its beach, a number of times, so we were really familiar with it,” recalls Earl, a retired publishing executive. “And we already knew we liked Barbados — it’s a stable, friendly country with easy access from the U. S. east coast — so for us it wasn’t a big leap to considering ownership.”

Although the couple has a summer home on Long Island in New York, they weren’t interested in managing a property such a long distance from home, and timeshare was a little too open ended. Fractional ownership, however, struck a perfectly happy medium. As Marcia notes, “You get to pick the place you’re going to stay, and you know it’s yours for the time you contract it.”

The Mixes liked the place they picked so much that they added more weeks to the two they first bought, ultimately securing six consecutive weeks in three different units in one of the property’s newest buildings. “Our original historic unit was beautiful,” says Earl, “but lacked an elevator and a dishwasher, things we decided were increasingly important. Our present units are spacious, with modern amenities and amazing views of Crane Beach.”

Moves between the units are facilitated by the property, so having three distinct units is hassle-free, plus, as Marcia points out, each has its own advantages. “One has a really tremendous view, but another has a full-width, 28-foot private pool.”

Aside from the obvious benefits of living in Barbados for six weeks every winter, the couple has also developed a close circle of friends among their fellow fractional owners. After spending their days relaxing at the resort, touring the island or walking along the beach that drew them here, the Mixes mingle with their neighbors at the weekly cocktail party or over alfresco dinners on their terrace.“ We love our time in Barbados,” says Earl. “It’s a happy topic for us.”